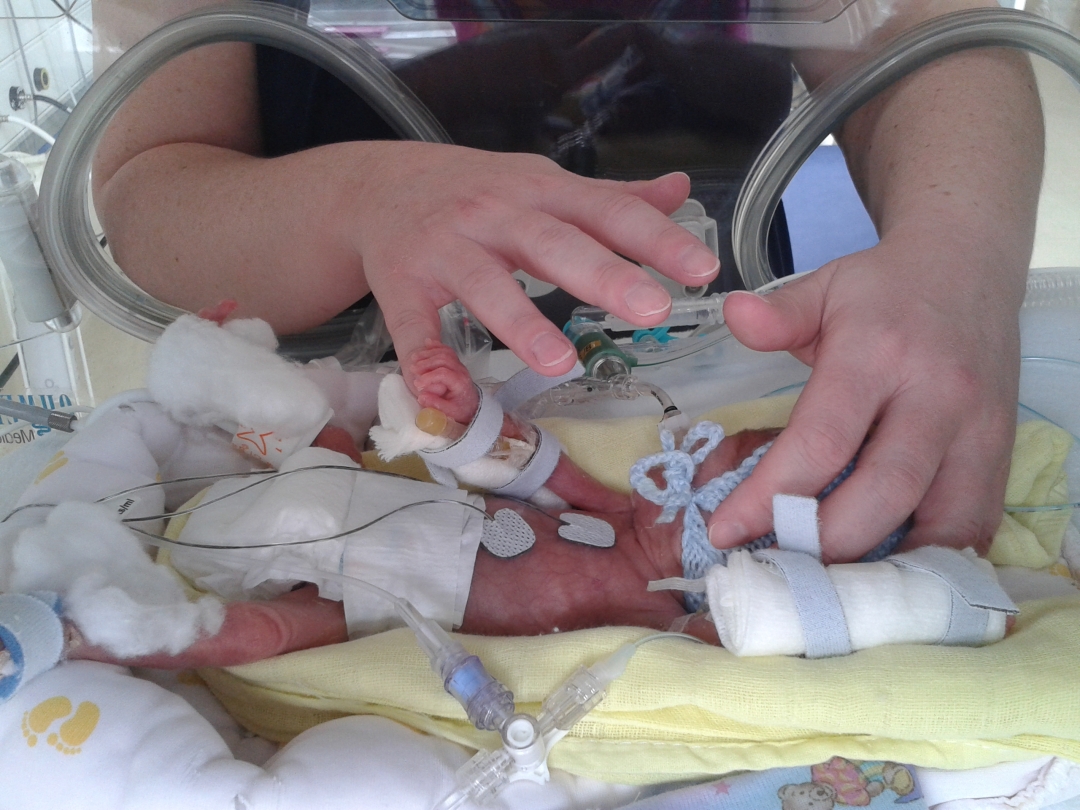 There may be nothing that is harder in medicine.  We are trained to respond to changes in patients condition with a response that more often than not suggests a new treatment or change in management.  Sometimes the best thing for the patient is in fact to do nothing or at least resist a dramatic response to the issue in front of you.  This may be the most common issue facing the new trainee who is undoubtedly biased towards doing something.  Take for instance the situation in which the trainee who is new to the service finding out that their 26 week infant has a PDA.  Their mind races as they digest this information from morning signover.  There is less than 2 hours until they come face to face with their attending who no doubt will ask them the dreaded question.  “What are you going to do about it?”.  When having to choose a path, if they state “I want to sit tight and watch” they fear the thought of the attending thinking they don’t know what to do. Conversely they could stick their neck out and choose to treat with a variety of approaches but then might they be seen as too aggressive?!  The likely path is suggesting treatment but in fact the more I think about it the option of benign neglect may be the best approach or at least one in which if you treat and it doesn’t work the first time you just shrug your shoulders and say “I’ll deal with it till it closes on it’s own”.

This post really is a follow-up to a previous one entitled The Pesky PDA.  A Puzzle After All These Years.  What triggered this writing was another before and after comparison of two periods in which the management of PDAs for a unit took a 180 degree turn.

Know When to Hold Em And No When to Fold Em 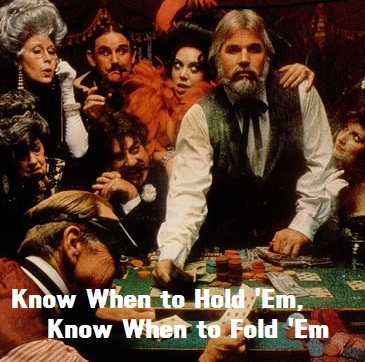 This is the essence of the issue for one unit.  Sung SI et al published a paper this month entitled Mandatory Closure Versus Nonintervention for Patent Ductus Arteriosus in Very Preterm Infants.  They describe a before and after comparison of 81 infants from 2009-11 and 97 infants from 2012-14.  All babies were born between 23-26 weeks gestational age.  In the first time period their unit had a mandatory PDA closure policy.  That is they gave one course of indomethacin and if possible a second course followed by surgical ligation.  A significant PDA was defined as one that had a left to right shunt and was at least 2 mm in diameter and the patient had to be ventilated.  Any patient who had been extubated regardless of need for CPAP did not have to have their PDA closed.  In the second time period the group attempted to avoid indomethacin and ligation at all costs and in fact in this cohort none received either.

In period 2 a number of interesting findings occurred. The average day of closure was at 44.2 days.  Five infants were discharged with a PDA with 3 experiencing spontaneous closure after discharge and the remaining infants undergoing transcatheter occlusion.  In period 2 there were more diuretics and fluid restriction employed.  Comparing the two periods for a number of other outcomes reveals some other intriguing findings. 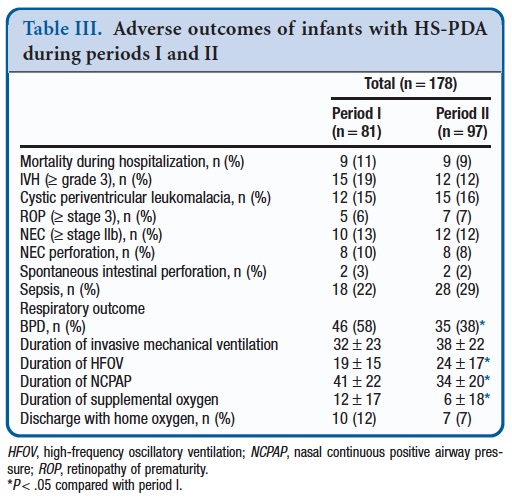 It is retrospective and therefore we cannot be certain that there are not other variables that are not affecting the results that would have had a better chance of being evened out in an RCT.  Having said that it is intriguing that having a PDA has been associated with BPD in the past but in this study having a PDA for a longer time is associated with a reduction in BPD.  We know that longer periods of invasive mechanical ventilation increase the risk of developing BPD so it is intriguing that that there is no difference in mechanical ventilation yet there is more BPD when you are aggressive with the PDA.  You might postulate that the need for surgery leads to greater need for ventilatory support and therefore damages the lungs but the needs for HFOV was higher in the second phase which at least hints that in terms of aggressiveness, Period 2 infants had a tougher go.

The culprit may be the heart.  In period 1 there was a significantly increased rate of myocardial dysfunction and need for inotropes following ligation.  It could well be that left ventricular dysfunction led to pulmonary edema such that in the 24-28 hours after the surgery ventilator requirements were increased and damaged the lung.  The lack of a difference in overall ventilation days supports this possibility.  Looking at the other common risk factors for BPD such as chorioamnionitis and lack of antenatal steroids these are no different between groups.  Although not statistically significant there are more male infants in period 2 which would usually tip the scales towards worse outcome as well.  It does need to be stressed as well that the rate of surgical ligation is higher than any study I have come across so the contribution of the surgery itself to the disparate outcome needs to be seriously considered.

What would I do?

Despite this study and some others that have preceded it I am not at the point of saying we shouldn’t treat at all.  Our own approach is to give prophylactic indomethacin to such babies and then for the most part if a PDA remains treat one more time but at all costs try and avoid ligation.  An RCT sounds like it is in the works though comparing the two approaches so that will certainly be interesting to see.  It is tough to say what the future holds but to any young trainees who are reading this, the next time you are asked what to do about a PDA you are well within your rights to suggest “Maybe we should do nothing”!