It isn’t often I have had the pleasure of reviewing a paper from my own center (maybe because I have been reticient to critique my colleagues) but this paper I couldn’t resist. If my colleagues are reading this then I will provide a spoiler alert that I am not planning on trashing the paper. A few years ago my colleague Dr. Yasser El Sayed (who many of you will know from his work on targeted echocardiography and ultrasound and most recently on www.pocusneo.ca) began touting the benefits of vasopressin as an inotrope. I have to confess, my knowledge of the drug was mostly at that point as a molecule that helps regulate water balance at the level of the kidney. As the saying goes you can’t teach an old dog new tricks so I suppose it has taken me some time to get around to embracing the other benefits of vasopressin. As an inotrope it has some interesting properties. It is through action on two different receptors that the appeal of this medication is derived. Firstly it acts on V1 receptors of blood vessels, causing vasoconstriction on the systemic side and supporting blood pressure and almost paradoxically in the lung at the same receptors, causes pulmonary vasodilation mediated by the endothelial release of nitric oxide. In the kidneys, as mentioned above it helps in water reabsorption through its action on V2 receptors. In other words it supports both the systemic and pulmonary vascular systems and maintains intravascular volume by preventing hypovolemia. That is a drug with some interesting properties.

One of our previous fellows Thomas Budniok authored Effect of Vasopressin on Systemic and Pulmonary Hemodynamics in Neonates along with Dr. El Sayed and Dr. Deepak Louis. This was a retrospecitve case series from 2011-2016 looking at patients who received vasopressin and I am delighted to say I cared for many of these babies so saw firsthand how the drug worked. The drug was typically used as a second or third line agent for hypotension and would be also be used when pulmonary hypertension complicated systemic shock as well (in addition to use of iNO). To look at the effect of vasopressin on hemodynamics, the authors used a previously validated score called the vasoactive inotropic score (VIS) = dopamine dose (μg/kg/min) + dobutamine dose (μg/kg/min) + 100 X epinephrine dose (μg/kg/min) + 10 X milrinone dose (μg/kg/min) + 10,000 X VP dose (U/kg/min) + 100 X norepinephrine dose (μg/kg/min). By looking at changes over time this gives an impression of the effect of the drug on other inotropic requirements. The authors looked at 33 episodes in 26 patients with a median starting dose was 0.3 mU/kg/min (IQR: 0.2–0.5).

As you can see from the first figure of the paper, mean, systolic and diastolic blood pressures all rose over time. Might this be though that the infants were just getting better or we were using other inotropes to get the effect? Also as the measurements were taken at baseline and then 6,12 and 24 hours the influence of other measures might be expected to be less but it is the VIS that may yield more information. 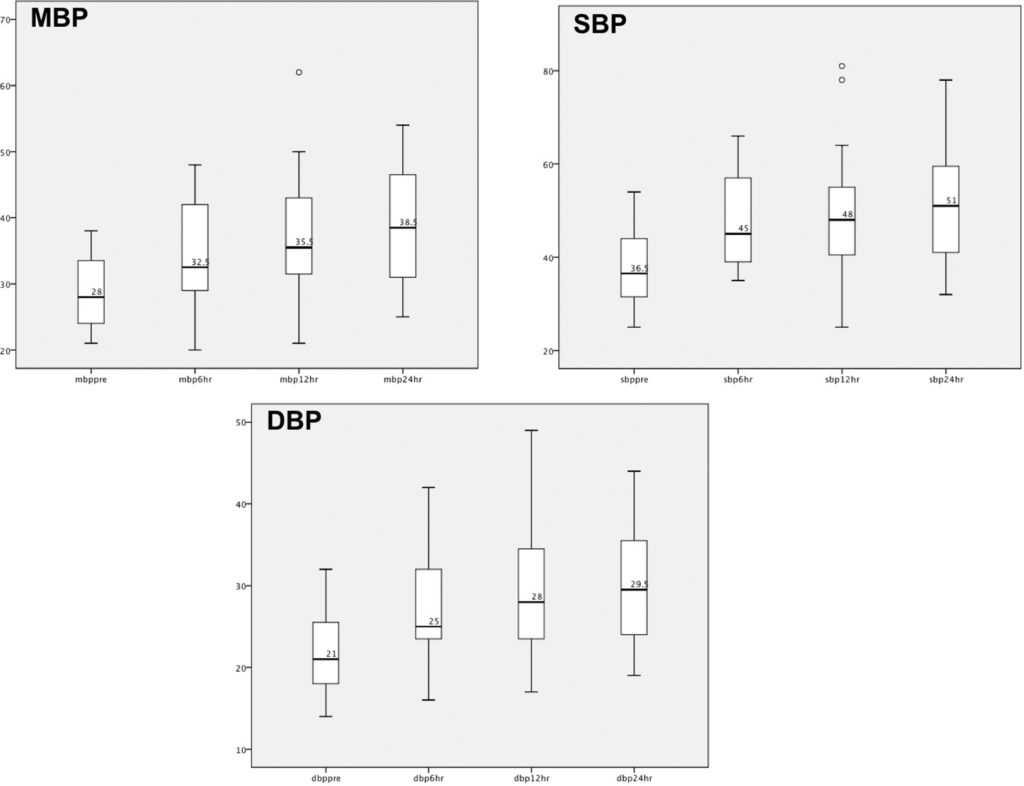 Maybe not surprisingly, given the changes in blood pressure the following benefits to lactate and pH were also noted. 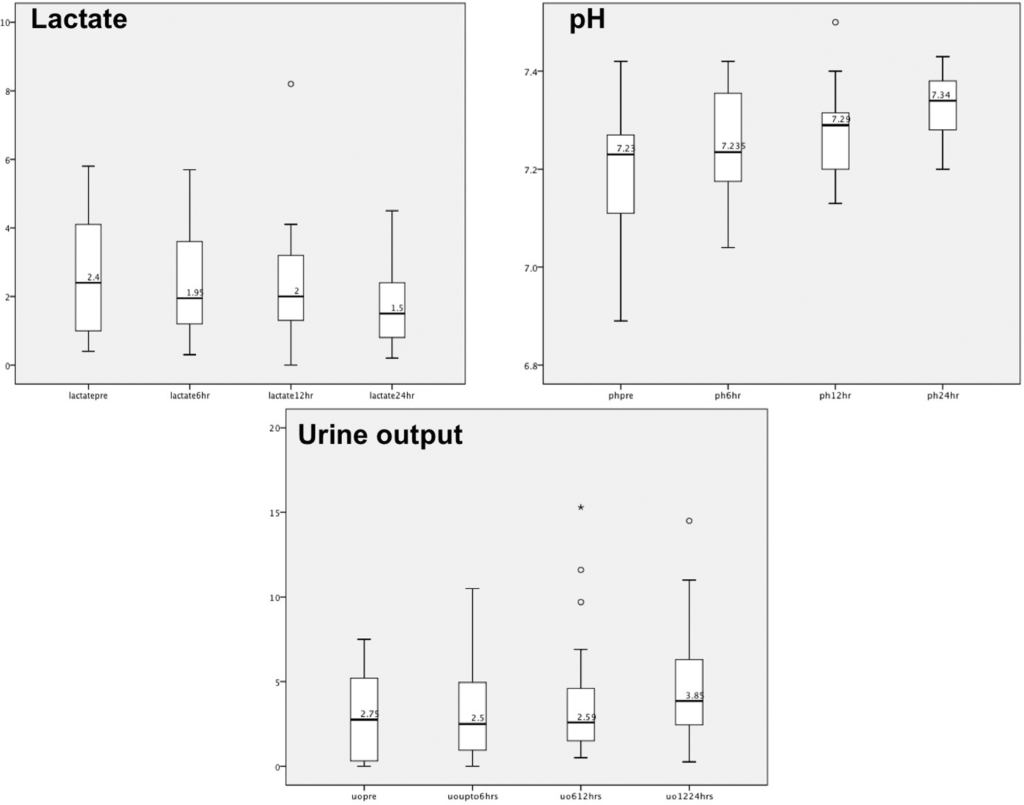 As good as the medication seems to be the authors noted hyponatremia in in 21 episodes (64%) with severe hyponatremia in 7 episodes (33%). Personally I can comment that I stopped vasopressin myself in a couple patients due to this complication.

I suppose it goes without saying that future studies will need to look at vasopressin using a control group. Having said that I do believe this study provides some decent evidence of effect. The short time frame of analysis and the significant changes in hemodynamics and markers of perfusion with a reduction in dosing of additional inotropes suggests a decent effect of this drug. If you choose to use this medication however what prevents this from being the “perfect inotrope” is the limitation of possible hyponatremia with its use. Hyponatremia though may be seen with higher doses so I suppose the saying may apply that with vasopressin a little may go a long way!